Legend of the Golden Witch 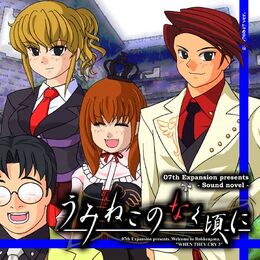 Turn of the Golden Witch

Welcome to Rokkenjima. The Golden Witch extends her heartfelt greetings. Please, take it easy and relax for the time being.

There's no need to think overly hard about any of this.
Quietly accept all that is about to happen.
That is all that is being asked of you.

The difficulty level is standard.
We might as well at least start by taking the easy road.

October 4th and 5th, 1986. The Ushiromiya family has gathered on the private island of Rokkenjima for their annual family conference. Chief on the agenda concerns the struggle for the inheritance assets of the ailing family head, Kinzo. But as the family is trapped on the island by a typhoon, they receive a letter claiming to be from the rumored witch of the island, Beatrice, and mysterious events begin to occur.

Witches (Spoilers for the tea parties)

Retrieved from "https://umineko.fandom.com/wiki/Legend_of_the_Golden_Witch?oldid=42019"
Community content is available under CC-BY-SA unless otherwise noted.